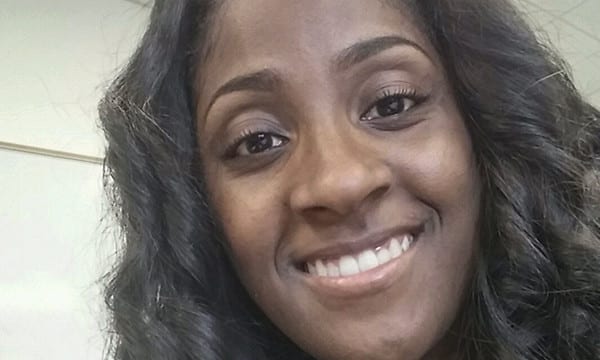 I entered foster care when I was about 13. I was in middle school and had an incident with my mom. We’d never had problems previously, however during this one altercation, her sisters called the police. The police just came in and told the social workers something that happened that wasn’t the truth. I was living in downtown LA, the Watts/Compton area, and the social workers just took my twin sister and I moved us to Pasadena. I was really unfamiliar with that environment. The whole situation was alarming, to be put in a new home with people I didn’t know. In addition to being teenager, being moved like that just shook up my world. On top of the way I felt for the police initially being called, it took my brain in a different direction.

The first week I told myself to be prepared to survive. I wasn’t exactly sure who was on my side. I didn’t know if it was the social workers, my family, the foster parents, or if I needed to do it on my own.

I went to court and the judges told my mom that she couldn’t have us back. The police had also taken my younger sisters and placed them somewhere else. In about a month I had moved to about three different homes, which on paper looks like I was misbehaving, but in reality it was because I had a number of health issues. For example, some foster parents would smoke cigarettes, but I was allergic to cigarette smoke. They’d move me to another location. After about the fourth location my sister and I were united with our two younger siblings and we stayed at a place together for about a month. I started to understand that the social workers wanted to be on my side, and the lawyers were trying to be friendly, but that the judges had ultimate control.

Eventually we were placed in kinship care. I was with my grandmother and things were a little better there, although I did misbehave a bit. But that was normal, I was a teenager. At that time I was still unfamiliar with any foster care, but there was an officer who offered us the opportunity to go to a debutante training program. In the program, they provided us with a mentor and a weekly check in. We went on trips each week and for one week went to Pepperdine University where they drilled into us every type of scenario, health benefit, school tips, and exercise, basically anything we could possibly need that we weren’t getting from our parents or foster parents back home. That was extremely important to my life, because even if I wasn’t in care, that program would have been amazing. All this happened while I was 14 years old.

After a while, the judge told us we could go back home to my mom. I didn’t want to go home because I didn’t feel like my mom deserved it. We were in a really bad place. We tried therapists and group therapy. One therapist even quit after meeting us. It was just too stressful to be in the house with her. The only reason I decided to go home is because the social worker said if I didn’t go home, my siblings couldn’t either. So I said all right, I would go home. But after that, I had no more contact with social workers. No one checked up on us because my mom wasn’t on drugs, nor did she have an abusive boyfriend. The incident that landed us in foster care was isolated, so I guess the judge felt comfortable enough to give us back with out monthly check ins or anything. He just required us to do therapy. From the time I got into care, I had a therapist. I used therapy for myself; to learn and to grow, and to have someone who wasn’t going to tell the judges what I said. It was just like having a safety person.

Once I returned home, I ended up graduating high school. l was going to Hollywood High School, but the social worker dropped us off at Compton High School which was a culture shock to me. I ended up graduating from Long Beach Holly High School. When I graduated, I still had no idea about the benefits of foster care, but about a week after I turned 18 I took it upon myself and left my mom’s house. From the ages of 15 to 18 I had been living back with my mother, but it was tough. I turned 18 and got my own my apartment. I was trying to be an adult, but I didn’t have the proper tools. I did what I had to do. I was working all the time and I didn’t feel comfortable going to college because I didn’t know what I wanted to do. When you are in survivor mode, college goes on the back burner. I said to myself that I can’t handle college because I didn’t know where I was going to live. So from about 18 to 21, I lived in different places, mostly with my twin sister and always in a safe area. There were a couple of times when we slept in our car, because we didn’t want to be a burden to anyone else and because my mom was going through her own thing.

When I turned 21, I had to move out of my apartment. Again I didn’t know anything about foster care, I hadn’t even remembered that I was in foster care and no one had told me about any of the services that were available to me. Once I turned 21, I lived in a shelter for about a month and someone told me that there was an office on Wilshire where I could go and ask for a bus pass. I went there and someone asked me how I was doing. I told them I wasn’t in the best position right now and they ended up telling me about United Friends of the Children, which was transitional housing. I went to their orientation, and before I knew it, I moved into a new apartment. For the first time since I was 15, I felt completely safe. Nobody was hounding me. Everyone was helpful and they wanted me to succeed. It gave me all the steps I needed to be successful in my life. It was only an 18-month program, but that’s what I needed. That was the first time I’d ever used the foster care resources – and I was 21. I just thanked God and thought that maybe I was supposed to go through all I’d experienced between 18 and 21, so I could appreciate this program for everything that it is and to continue to work extremely hard.

Now, I live by myself. I work and I go to college. I am finishing up my general degree at LA Trade Tech and I will be transferring to a university next fall. I want my major to be communications and entertainment for children. I volunteer a lot at my church, and I taught middle and high school Bible study. I work 5 days a week and I go to school 4 days a week. I do kickboxing and belly dancing, anything that keeps me active. It’s been a smooth transition for me. I’ve been able to create a network of mentors who are supportive and they only want me to succeed. My goal is to just stay out of anything that would cause me to go backwards.

If there was one thing that would have helped me more during that period in my life it would have been if I had someone there who had been in my shoes. If there was someone there for me like what I do now for others. I go to juvenile hall centers for girls and talk to them. I wish I could have had someone who could have helped me who had been in foster care and understood what it was like. There are so many other adults who have not been in care, and who are simply doing their jobs. They want to record information and they want to track your progress, but if there was a young adult who had been in care, who understood what it feels like, what it smells like, what it tastes like to be be in a house where you don’t know anybody and you have to stay, it would have put me at ease. It’s like you have adults who tell you that you must figure out what you want to do in life, but you having a peer would have helped me feel more secure in making my own choices in a healthy way, rather than making my choices out of rebellion.

NFYI has been such a help to me. They came to the United Friends of the Children’s pathways program and offered an internship opportunities. Donna at NFYI put us in a position to be around the element of people I wanted to work with. My internship was with ABC 7 and I worked in the department where we went out and filmed different projects. She gave us an opportunity to shadow people in places we were interested in for a few days. There is also a three -day training NFYI does which is absolutely amazing. The program trained us on how to use our time, maximize our potential and go for what we want in a confident and professional manner. So this program gave me a network of contacts who will help me learn what I really want to do for the rest of my life.

In all, I would say to someone who is going through what I went through, “what you’re experiencing is not going to break you.” I would tell them that you can’t see it right now – and it may feel ugly and it’s going to hurt – but it’s going to help you if you allow it to. I would tell them that there are things they are going through right now, but that they don’t have to be afraid. They just have to do their best to overcome it. I would tell them not to be afraid to say “no” to things that are not healthy. Don’t get caught up in your head and be in survival fear mode, be a survivor who is an overcomer.