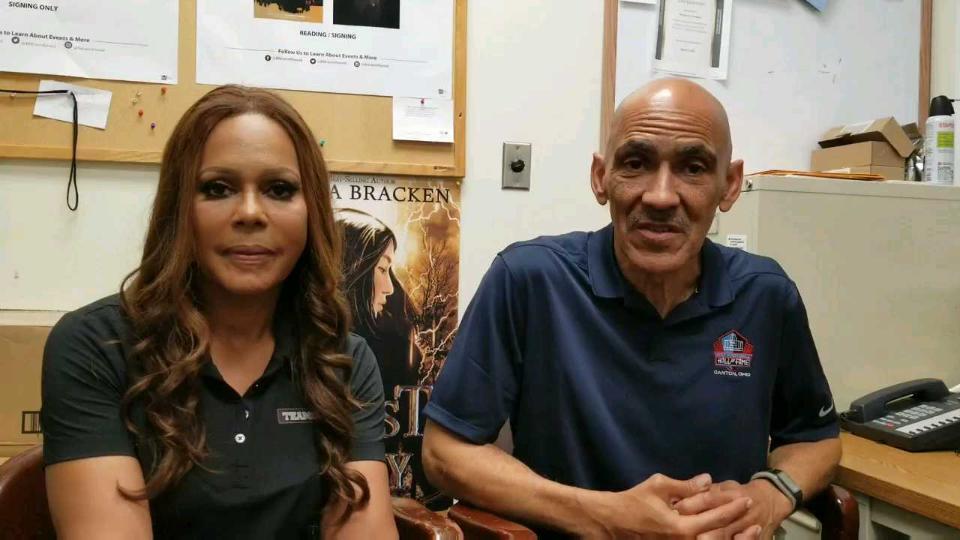 Tony Dungy is living testimony to family, faith, and football. His family is strong. Dungy has been married to his wife Lauren for 36 years. The couple has 10 children, seven of whom have been adopted. Along the way, he has raised his voice as a passionate advocate for the foster care system in Florida.

His faith is boundless, having accepted the Lord as his Savior and preaching the gospel to anyone willing to listen. His football resume is impeccable as the head coach of the Tampa Bay Bucs and the Indianapolis Colts, where he won a Super Bowl with soon-to-be Hall of Famer Peyton Manning as his quarterback. Dungy, now 62, was inducted into the Pro Football Hall of Fame in 2016.

Dungy now adds another chapter – literally – to his stout resume. He recently collaborated with Laruen to release a set of children’s books, their second. The books — “Austin Plays Fair” and “Maria Finds Courage.”— are targeted for children from kindergarten to the fourth grade.

Naturally, there are life lessons to be gleaned from those pages as well. I caught up with Coach Dungy and Lauren at a Barnes & Noble in Tampa last Friday to discuss the project, as well as delve into other topics, including the adoptive journey.

Can you talk about the impetus for writing children’s books? When I coached the Bucs, one of Lauren’s projects with the coaches and players wives is that on Tuesdays they would go out to read to elementary schools in Tampa. And they loved it. They read to Title 1 schools. But at the time, Lauren said they were really struggling to find the right stuff to read. They wanted to have diverse characters because they were reading in these city schools. They wanted characters that the kids could look at who looked like them. And they wanted to have families, life lessons.

It’s great to read Dr. Seuss or animal stories but they wanted to talk to them about life and that kind of thing. As we looked around, there really wasn’t a lot. And we thought it would be nice to do that. That’s how we got started. This is now our second set, our second series. We decided to take a team so we could incorporate a lot of kids from a lot of different backgrounds and have the adults be the coaches and parents. These are basically kids who come up with problems, whether it’s not wanting to try out another sport, feeling like it’s hard to make new teammates, honesty, playing fair. Is it good to be a teammate by going along with something that’s not right or would it be a better teammate if he said ‘no we don’t do that.’?

What happens if you’re a young kid and your friend asks you to do something you don’t think is right but you want to be a good friend? How do you handle that? Things that could spur discussion. We’re excited about the project. We look forward to continuing the series. 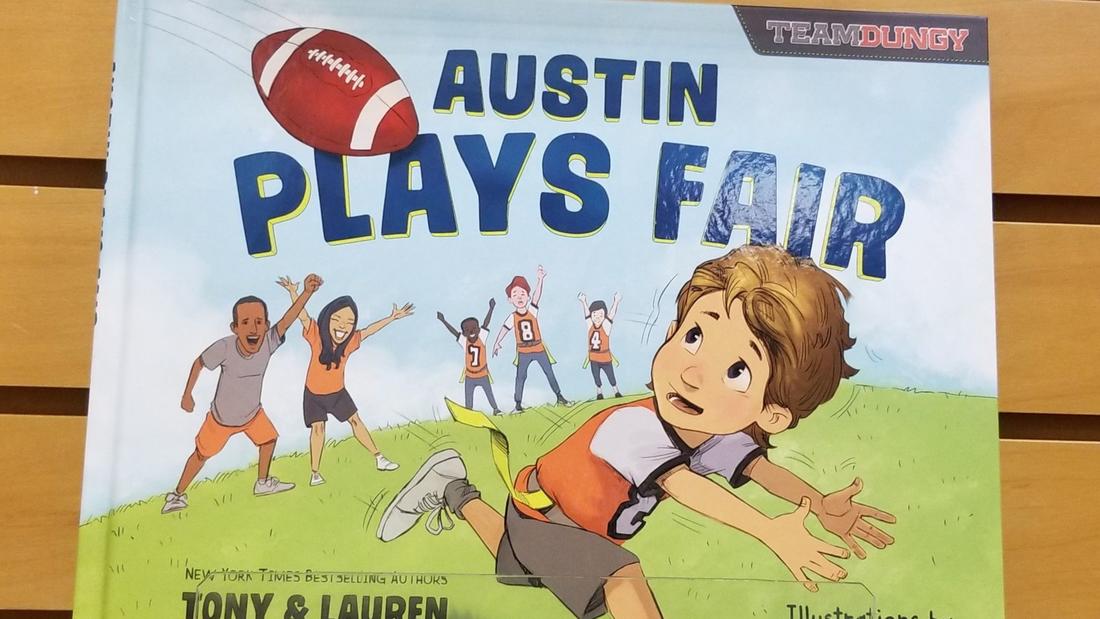 Lauren: What we did was sit down together and bounce ideas back and forth. Sometimes he was strong on something and I would have to defer to that and sometimes I was like, ‘no this is the way it needs to be.’ But we work together on it. There are some things that he is more knowledgeable on, and there are other things that he wants to push that thought through. We have the same goals in mind. We want to teach those lessons to get across. In one of the books, you have to get stretched out of your comfort zone sometimes, and you do feel uncomfortable and uneasy and nervous.

What slice of your life involves the writing project, given your other pursuits and obligations like motivational speaking and the analyst gig with NBC for NFL football?

We love to talk to young people about education and Christian values. Lauren loves to talk about reading. She taught sixth grade and she would get kids who came to her deficient in reading. She would see how hard it was for them even if they were very bright. That’s been on her radar for a long time. So when I retired, I started going with her on some of these trips. Every Tuesday we go around Hillsborough County to Title 1 schools, talk to kids about reading, read a book to them. Leave a book for every child in the classroom and encourage them to read with their families. It’s been pretty awesome. We do other things in the community now that I’m more home than away. It’s been a lot of fun to be part of Tampa.

But you never really stepped away from here?

Not really. Even when we went to Indianapolis, we kept our house here. We knew we would be coming back. That’s one thing I preached to the players when I came here in ’96. We want to connect with the community and be part of it. When you take ownership in the community it feels great and you never really lose that.

On the flip side, you’ve also reached to young men in prisons since the late 1970s. Can you share what that experience has been like?

I went a couple of times with the Steelers. I grew up in a prison town in Jackson, Michigan, so I knew a little bit about it. But when I came here, Abe Brown had a ministry and outreach going, we were going to his church at the time, and he invited Lauren and I to go. He said it would be awesome. Some of these young men just need some direction and encouragement and it would be great to see if they could see the coach of the Bucs.

So I went thinking I was going to see older, 30-, 40-year-old guys set in their ways. And I was amazed. There were so many young faces in there and so many 19- and 20-year-old young men. I remember thinking these guys have their whole life ahead of them if they can turn it around. It really became a passion of mine after doing that. One of the biggest thrills was a gentleman came to our church last year and he said, ‘ you saw me eight or nine years ago. I’m out now.’ He was doing well. That’s pretty special.

As I recall, you also visited Michael Vick and he seems to have gotten in the right path?

I am so proud of Mike. He actually got in touch with me. He had made some mistakes and he wanted to redirect his life. He wanted to get out and be an example for kids and doing the right things. There were a lot of people who were doubtful and skeptical. But the Bible talks about second chances and I could sense that in his heart he really did want to make a difference. He’s been sensational. He’s talked to many, many young people about staying on track, not getting in with the wrong crowd, doing the right thing, keeping your life in perspective. It’s been awesome.

As a foster parent myself, I marvel at what you’ve done. Seven adopted kids and still fostering?

It’s been stunning. In 2000, we had an assistant coach who was looking at adopting so we’re filling out stuff for him and being a reference for him. We talked to a lady who said they had so many kids who need to be adopted. and adoption was great. I asked her to tell me a little bit more about this. She said there were so many kids in Hillsborough County, especially African-American, bi-racial kids who nobody is taking in. You hear that and you feel there’s a need. Now we have seven kids and we hear this announcement saying they need foster parents in Hillsborough County. Lauren says ‘we have to investigate this.’ You hear these stories and you just can’t just sit there and not do anything.’