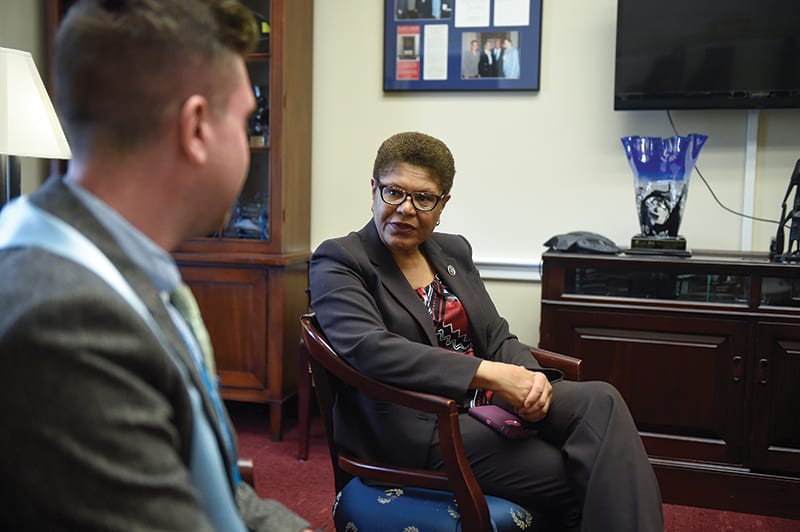 Since coming to Washington, D.C. in 2010, Los Angeles Congresswoman Karen Bass has fast become one of the House’s lead champions on child welfare issues.

Her first major piece of legislation, the Uninterrupted Scholars Act, was signed into law in 2013 and allows for caregivers to access education records of foster youth to help guide their academic process. During her tenure in Congress, Bass has been instrumental in creating the Congressional Caucus on Foster Youth (for which she serves as co-chair) and the National Foster Youth Institute. The institute is a national non-profit that works to elevate the perspective of current and former foster youth nationally on policy and legislative issues.In this session, she is supporting five child welfare bills that were previously part of the Family First Prevention Services Act. Those bills passed the House of Representatives in June and are currently awaiting action in the Senate.