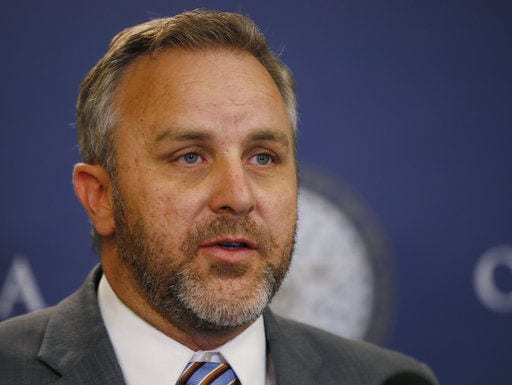 From the piece: “Bills such as SB 1140 are a clear attempt to solve a ‘problem’ that simply doesn’t exist while enshrining anti-LGBTQ discrimination into law,” said Marty Rouse, national field director for the Human Rights Campaign, an LGBT advocacy group.

The Senate on Tuesday passed a bill that would let religious organizations discriminate against same-sex couples in the adoption and foster care process.
The measure, Senate Bill 1140, passed by a vote of 35-9 and heads to the House for consideration. It states, “To the extent allowed by federal law, no private child placing agency shall be required to perform, assist, counsel, recommend, consent to, refer, or participate in any placement of a child for foster care or adoption when the proposed placement would violate the agency’s written religious or moral convictions or policies.”

He said the measure would increase the number of adoptions in the state. It would allow agencies that have statements of faith to still be able to contract with the state to provide much-needed homes for adoptions and foster care, Treat said.

Sen. Kay Floyd, D-Oklahoma City, said the ironic thing about the bill is that it purports to protect faith-based organizations from lawsuits that have never been filed.

The bill now will probably draw a lawsuit about the language and practice, Floyd said.

Senator Michael Brooks, D-Oklahoma City, said every time people find a way to exclude groups, especially in something as pro-family as adoption, they are on the wrong side of history.

“If you are pro-family, it is difficult if not impossible to vote for this bill,” he said.