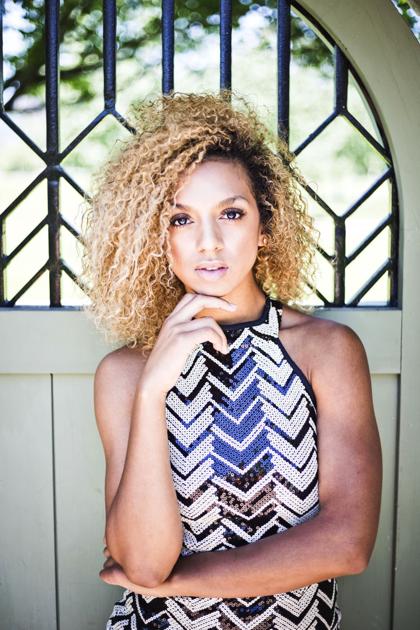 “I was in foster care at age 9,” she said. “And in one of the foster care homes, I was sexually abused by two older guys. I did not have a normal childhood. I had to take care of myself, and I was very independent.”

As a teenager, Ross was adopted by one of her foster families and went from being alone to having 28 brothers and sisters.

“If I would not have been adopted, I would not be who I am today,” Ross said. “Because they saved me when I was going through the absolute worst.”

Ross changed her name from Raquel Moore and acquired a new outlook on life after her adopted parents sent her to a Christian-based program for a year. The experience motivated her to accept what happened in her past and share her story through public speaking.

“I looked at it as, I can either take my life and go a positive route and be the best Nicole Ross I can be, or I can sit here and cry about myself and wish better for myself,” she said. “After that, these last few years I’ve done everything pretty much on my own when it comes to college and jobs. We all have a story and feeling confident in that story is just, I think, a great feeling. To this day, I’m able to share what I’ve gone through and before I would never.”

The theme for this year’s Miss Missouri Pageant is “being confidently beautiful” and Ross plans to share her journey of improving her own self-confidence with the judges and with the wider community in her career.

“I would love to help kids and youth, even parents, that have grown up in any kind of trauma whether it’s abuse, whether it’s a loss from a loved one,” she said. “There is healing in everything that we go through and to be able to overcome that is like one of the greatest feelings.”

The pageant will take place over three days, starting Sept. 22, and it will be Ross’ first beauty pageant, outside of winning a bodybuilding competition.

While watching Miss Missouri 2017, Ross said a few of her best friends gave her the final push to research the application process and sign up.

“After watching it, I was just like ‘What am I doing? I can do this,’” she said. “I need to stop making up excuses and just try and see where it gets me.”

Ross was nominated as Miss Blue Springs, which is her hometown, just four days after sending in an application. She is now focusing on raising money to pay for the fees involved and finding sponsors.

Contributions to Ross’ efforts can be made at www.gofundme.com/Nicolerossmissouri2018.