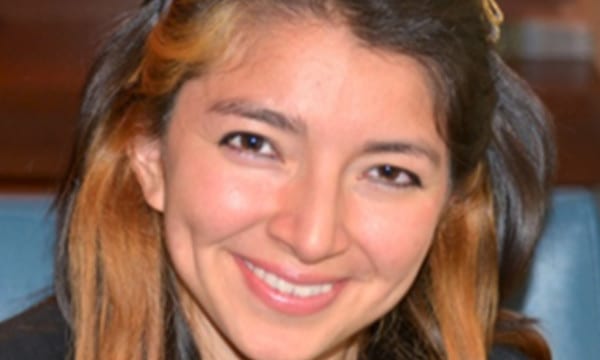 My siblings and I were placed in foster care when I was 11 months old. I was in foster care on and off until I was 14 when the court finally discontinued their parental rights. From 14 to16 I bounced around a lot until my running coach and her husband took me into their home. They were my last placement until I was 18 when I left California for school in Rhode Island. For me, college was the place I lived the longest. School gave me stability. It was also the point of my life when I started coming to terms with my history. That is why I applied to Shadow Day in the first place, because I’d put my experience on the back burner for so long. Then in college, it really began to affect me, so I brought my past to the forefront and I grappled with it. I saw this opportunity for high level advocacy with Shadow Day and I applied for it. I’m 24 now, and graduated from Brown last May. I’m thinking about going back to school, but I decided to take a gap year. I joined AmeriCorps, and I am a 5th grade math teacher at a public charter school in Boston.

In my younger years, I would credit school with making the biggest difference in my life. School was the one constant for me, and even if I did switch schools, the teachers still believed in me. I would come to school, sometimes just for the teachers, because they were so good to me. In my later high school years, I would credit my mentor who I met through a nonprofit scholarship I won in the 11th grade. She was the case manager and she was really involved in my life. She was the one who helped me apply for colleges, and at one point, when I thought about taking a break from Brown she was the one who told me, “No”.

I didn’t realize it at the time, but when I was younger, I could not wait to turn 18 so I could have jurisdiction over myself. I wanted to be able to make decisions for myself, because up until that point, decisions had always been made for me. For example, when my parents lost their rights, I automatically became a ward of the state of California. No one told me I could do a legal guardianship, or that I could put my name on the adoption list, or I could emancipate. There were all these options I wasn’t aware of. At one point, my social worker almost convinced my foster parents that I should go to UCLA because I was going to throw away the CAL grant. That was when I said, “No, I am not going to UCLA”. It was my decision to make. Even though there were people making decisions for me, I wish I would have had some permanence in my life. I didn’t realize it at the time, but I got it very clearly in college when everything really was all up to me. It would have made such a difference growing up and in college if I had someone in my life who was there for me whenever I needed them, someone really there to look out for me. I was so independent growing up; I put myself in 18 hours of classes, I put myself in after school programs. I really pushed myself on my own a lot of the time. My foster homes were just a roof over my head and they provided food and clothes, but it was all me. But then when I got to college, and I really needed support there was no one I could turn to. There was no one I could ask to spot me. Even now, when I left college and all of my roommates had a back-up plan, when they needed money for food or to pay for their vacation, and not just financial but emotional support as well, they have someone. I didn’t and don’t, but that would have made all the difference.

I applied for Shadow Day in 2014. The deadline had passed, but I didn’t notice so I still sent it in. I was able to get mapped with my representative. I also happened to be in DC during last year Shadow Day and one of the youth couldn’t make it last minute, so I was recruited. I met the Representative from Minnesota who was very open to hearing my story. He told me about his nieces who have to grow up with a stepparent. He linked their experience to mine and and I really felt good about his effort to connect our experiences together.

The first time I met Rep. Linda Sanchez from California, I sat down with her, and shared an abbreviated version of my life, where I wanted to go and what I felt could be the support to help me get there. She shared a few programs for foster youth with me where they can become chefs and where they could work in the food industry or in a culinary arts program. She also recognized that there is a need for those of us who don’t want to pursue that option. NFYI also asked us to ask our members of Congress to approve the President’s proclamation to make May Foster Care Month. I told the Representative from Minnesota that there are more than 300,000 kids in foster care, and within that group there are future doctors or the next president, and without support they could never reach their potential. He asked me about the goal being to eliminate foster care and to focus on prevention. I told him that yes, that was true, but right now there are still 300,000 kids who needed the support and awareness about their experience, and that’s why I felt like approving the proclamation right now was the right thing.

There is so much more I’d want to say to our elected officials. But if I had to pick one, it would be to prioritize. Prioritize the children in care right now. I want to tell them, that these kids don’t have an adult who they think really cares about them. But they do. I saw that there is so much advocacy happening on a federal level, and there are people that care about them, but they don’t know about them and their work. I spent my whole life in foster care and I didn’t know there were people working hard around the country to get me the benefits and resources I needed.

Then, I would tell the kids who are currently in foster care to be vulnerable with the people who do care for them. I feel like if I had established some roots with the families I was with, it would help with my identity right now, and it would give me more of a sense that I’m not alone. I would encourage my peers in foster care to be more vulnerable. Reach out to the people you think may be there to help you, you don’t have to do everything alone. There is a sense of freedom knowing that if one placement doesn’t work out you’ll go to another placement. But if you are not held accountable for your actions, you don’t learn from your mistakes. At that age it feels great to not face your problems and go on to the next home, but then the negatives outweigh that small sense of relief. It can be really hard to be integrated into a family unit, but it is worth it down the line.