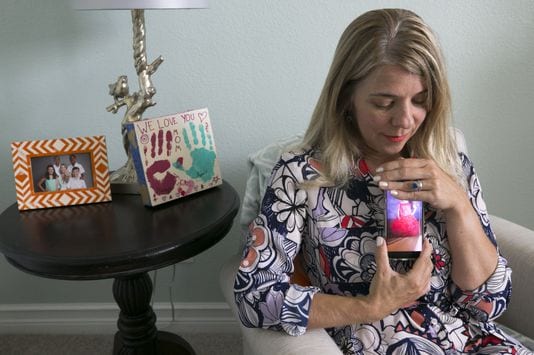 Each of the 15,869 children in Arizona’s foster-care system are supposed to have an advocate, someone who fills a role somewhere between friend and lawyer.

But only 10 percent of those children had court-appointed special advocates to assist them through the trauma of being separated from their families, according to figures from late June.

The court-appointed special advocates, or CASA, program, which recruits and trains the advocates, suffers from a lack of volunteers to carry out their court-ordered duties.

The shortage of volunteers has left a critical gap in the child-welfare system, one that can’t be filled by increased funding or new laws. Instead, it takes a desire to help kids and a willingness to give 20-30 hours a month.

Advocates say a lack of awareness is the main reason for the shortfall in volunteers.

“The CASA program has been a well-kept secret for a long time,” said Allison Hurtado, outreach coordinator for the program, which is run by the state Supreme Court.

CASAs are assigned to keep track of a child in the system. They’re the court’s eyes on the child. Given the typical one-to-one interaction, the CASA knows more about the child than any of the other players involved in the child’s case.

Research conducted over the decades since the CASA program was launched in 1977 indicates children with an advocate are less likely to re-enter the foster care system, do better in school than their foster-care counterparts and get more help while in the child-welfare system, among other things.

The volunteers, especially when they reflect the demographics of the families in the system, bring a perspective to a case that might otherwise be missing.

Bill Brotherton served as a juvenile court judge in Maricopa County for a year before retiring. He said it was rare to get a CASA report — a reflection of the shortage of volunteers — but when he did, it factored into his decisions.

He recalled one instance where a CASA argued her child was not getting the services she was entitled to. In response, the assistant attorney general asked Brotherton to dismiss the CASA.

He didn’t. The CASA’s report, he said, struck him as thorough and well-founded.

“Overall, it’s a good program,” Brotherton said, referring to both the CASA and review-board posts. But they’re only as good as the work a volunteer puts into his or her required court report.