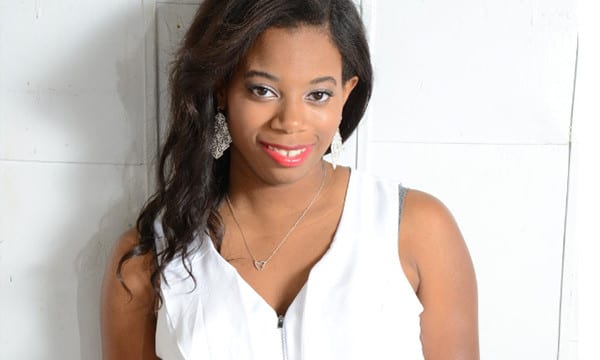 Foster care was a difficult experience for me. Being taken away from your parents is a traumatic experience. I had adopted brothers and sisters, and I was adopted too. We were all separated when we were put into foster care. I didn’t get along with my foster parents, so foster homes were not a good placement for me. That’s why I ended up going to a residential facility. I lived at the residential facility and completed the program within 6-7 months. After that I lived with my godparents, but things just didn’t work out. I ended up back in a youth shelter, and then lived in a transitional living program and finally in independent living.

Looking back over my experience, I can name three caseworkers who I felt actually cared about me and wanted to help me succeed. When I lived at the youth shelter, I had more staff within the organization who helped see me along since the youth shelter, the transitional living program and the independent program were owned by the same organization. They were able to see me through each program. They were the ones that were able to help me along the way. They were the ones that cared.

There was one state worker I would always call and say that I wanted to leave the transitional living program. Every time he would come and ask me if I was sure I wanted to leave. In the end, I would always say no. But he always came when I called. The same for one of my other state workers. She was always available when I needed to call her. She always talked about my future with me and about going to college. I also had a transport worker who transported me to my sibling and family visits. Even though he was just a transport worker, he would always talk to us and keep us grounded. I still talk to each of these workers today.

It would have made such a difference for me if the parents in the foster homes that I was in showed me that they really cared about me. I often felt they just looked at me as a number or another source of income. It would have helped if they really treated me as though I was a part of their family.

My foster care and child welfare advocacy started when I was in the transitional living program. They wanted to start a youth advisory board, so I became one of the founding members. Even though the board was created to make change within the organization, I realized it was something that I could do. So I took it seriously. Then, I went to a conference to the National Network For Youth Conference in Washington DC where I was able to talk to Members of Congress from New Jersey and tell them my story. That’s where I learned and realized I could advocate for myself.

I came back to New Jersey and learned that there was a county board for our state that dealt with the issues of child welfare. I got involved and became president. I was serving as president of both youth advisory boards at that time. Then, more opportunities started to open up. I realized I could not only do advocacy on a county, state, or organizational level, but that I could do it on a national level too. I started to learn more about the different child welfare issues throughout the country, and how different states work in different ways. I knew I was very interested and that I want to be more involved. That is how it all began.

One thing I’m currently working on for next year’s National Foster Care month. I want to do a Foster Care March on Washington. We’re in the very beginning stages, but myself and a couple other foster care alumni have already identified that we believe all states should be mandated to have expanded foster care to the age of 21. That’s our “why”. There are lots of advocacy groups out there, but I still feel like the foster care population is the forgotten population. So we were thinking about how we can get people to realize that this is really an issue and that our experiences really are a problem. We hope to have the march during Foster Care Month in 2017.

To help people really understand what it’s like I would ask them, what if your child had to be in foster care? What if a Congressman’s child had to be in foster care, or on their 18th birthday, while they are still in high school, be forced to figure out where they are going to stay or how they are going to receive health care? How would they feel? Wouldn’t they want to make the system better if their kids were in it? So that’s what people don’t get. When elected officials are making these policies they are dealing with someone’s life. It’s not just rules for caseworkers to follow, they are affecting someone’s daily life.

I was born into the foster care system and I was adopted at the age 2. Growing up I knew I had a brother who was a year older than me, but I just didn’t feel the need to find him. After talking to people about my life, they encouraged me to try and find my birth family. Three years ago, I put in an application through the state adoption registry. They told me the waiting list was over a year. A month ago, I received a letter in the mail from the adoption registry with a summary of who my birth parents are. It turned out that I don’t have one sibling, I have four. I recently connected with my two oldest siblings. So I have my birth siblings, and I also have 4 adopted siblings, that’s 8, and apparently I have another sibling on my dad’s side, that makes 9, and then my god-brother who makes 10. I’m one of 10 siblings.