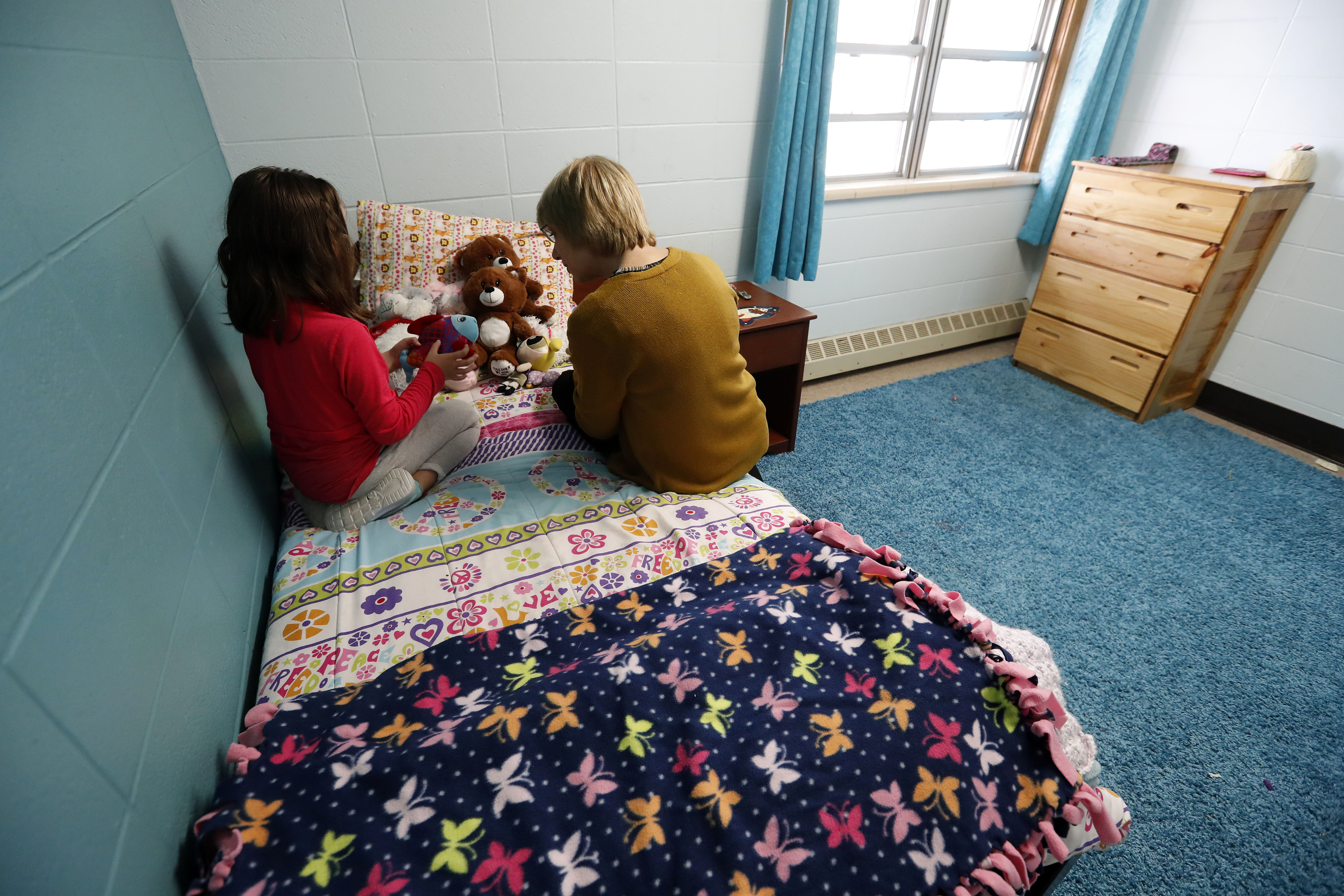 The opioid epidemic is not just killing hundreds of local residents – it’s leaving hundreds of Erie County children without a home or at risk of being removed from one. They are orphaned children and they are the children of drug-addicted parents no longer able to care for them.

Erie County Family Court Judge Lisa Bloch Rodwin has presided at thousands of child abuse and neglect cases since 2011. She can’t recall any cases related to opioid drug abuse four years ago, and only a handful three years ago.

The result: The number of children separated from their parents due to threat of imminent harm exceeded 2,000 last year, more than anytime this decade.

The rise in the number of foster care cases from the opioid epidemic came as Child Protective Services had already begun more aggressively monitoring other child abuse and neglect cases. Erie County government went on a hiring spree in 2014 after the deaths of several abused children drew wide public attention.

Erie County administrators tasked with finding temporary homes for these children call it a crisis.

But the county needs more help.

Unless more adults step up to become foster parents, too many traumatized kids will remain separated from siblings, shuffled from place to place, or placed in institutional environments that no one would call home.

“It’s always a struggle,” said John Przybyl, the Social Services supervisor who oversees the county’s Homefinding Unit. “Nobody wants to do it. The young grandmothers who were taking these children are now working. It’s the mindset of society, in general, that they don’t want to pick up the problems of someone else when they have their own.”

Rodwin and her fellow Family Court judges have been forced to separate children from their parents due to “imminent risk of harm” in one-third of the child neglect and abuse cases over the past three years.

Many factors led to the rise in the Family Court cases, but one stands out: the opioid drug crisis.

She recounted the case of a father who came to court earlier this year trying to regain custody of his children. Rodwin refused to grant him custody because he still was abusing opioid drugs and had not complied with mandated counseling.

The disappointed man left. Sometime between when the father left Rodwin’s courtroom on the seventh floor and walked out the door on the first floor, the man took drugs again.

He overdosed in front of the Family Court Building.

He was revived with Narcan, but some who come to Family Court aren’t so lucky.

Baker Victory Services administrators say that aside from the increased attention on neglect cases placed by Child Protective Services in recent years, the growing opioid epidemic appears to contribute to children’s longer length of stay outside their parents’ custody.

Halli Lavner, the agency’s director of the Office of Child and Family Services, said she knows of at least two recent cases in which parents successfully completed drug treatment programs and were granted the return of their children. But a short time later, the children were bounced back to foster care because their parents relapsed.

Rodwin said it’s common for people addicted to drugs to be given more than one chance to keep custody of their children. But those with an opioid drug addiction have an especially difficult time completing treatment, so they often violate the terms of their court agreements.

“Sometimes they just are unable to conquer the demons that led them into the courthouse,” she said.

A stack of roughly 40 manila folders sit on a table in front of Przybyl’s desk. Each one represents a child and any siblings that need a foster home now but don’t have one yet.

For that reason, the Social Services Department has adjusted its strategy of how it places children who have been pulled from their parents’ custody. Instead of looking first to available foster homes, caseworkers look increasingly to vet relatives – aunts, uncles, grandparents, older siblings – who can take in these children and ideally preserve the children’s ties to their families, friends and community.

“We have the highest percentage in the state of children who are placed with relatives rather than foster parents,” Rodwin said.

Some relatives, though not the majority, go on to become certified foster parents so that they can receive additional financial support and services for the child they assume custody of.

Social Services has 165 certified foster homes in Erie County. That’s a tiny number, compared to the hundreds of children who need a home. While the numbers of children needing foster placement has continued to rise, Social Services administrators say the number of local residents willing to be come foster parents has not.

So children in some cases are split from their siblings and sent to foster homes ill-equipped to meet their needs because better matches can’t be found, say Social Services and agency leaders. The result – unhappy and angry kids carry their trash bag of belongings through a series of foster homes, enduring long periods of instability at a time when they have already been traumatized by their separation from parents.

Children burdened with behavioral or health needs are most difficult to place, as are older children.

Dirschberger recalled a couple of instances where his staff had so little luck finding beds for children that he wound up placing personal calls to agency leaders to try and find a landing spot for them.

“It’s usually a child that has a lot of needs,” he said.

Some children can wind up being sent far away to live. They aren’t just removed from their families, but from their neighborhoods, schools and friends.

“I’ve had to place the kids in Chautauqua and Cattauraugus counties,” Rodwin said.

Some are placed in specialized residential treatment facilities in Rochester, Jamestown, Freeville and Bath, among other places outside Erie County. But others get sent away because there aren’t enough foster homes locally. In addition, Social Services administrators say some children are living in institutional facilities longer than they should because so few local foster options exist.

“As they improve, they should step down to a lower level of care, but we don’t have that availability,” said Michele Pfeffer, the county’s administrative director of children’s services.

Too few local residents are willing to take the responsibility and get the training to become foster parents, administrators say.

She’s had holes put in walls and things broken, even taken. She’s had children who hid and hoarded food. And tears still spring to Northington’s eyes when she remembers the frantic phone call she received from two young sisters she had fostered who later found themselves abandoned at an airport in the Dominican Republic.

But she and her husband still took the next child in.

“I think the rewards outweigh all of that,” she said.

So many children need emergency placement that Baker Victory Services saved an old ranch-style “cottage” from demolition last year and now uses two of its old buildings as shelters for foster kids.

“That has been so successful, within a week of being open, we were full,” said Baker Victory CEO Terry Scofidio.

During a recent visit by The News, a 9-year-old boy was the only one home – if you count the single-story, cinder-block building as home.

He wore a new Batman baseball cap, a gift. It was his birthday and he was spending it at the Nelson Cottage, a temporary way station for foster children who have nowhere else to go. It opened last year. A second building, the Michael Cottage, opened about six months later.

Baker Victory Services calls the cottages “emergency landing pads” for children. One Social Services caseworker was so relieved to find a place here for a child she removed from a home that she broke down and cried, said Sue Mentecki, vice president of program operations.

During The News’ visit, the 9-year-old boy showed off his bedroom, making a beeline for his dresser, where a hand-painted card sat. It was signed by all of the other foster children at the house. Another gift, a green metal truck, was given to him by his sister, who was also staying at Nelson Cottage.

This boy and his sister may stay at Nelson College anywhere from a few days to a few months until placed in a more permanent foster home. Sixty days is the average.

But at least the two siblings are together, and for the time they remain here, they can participate in activities, go on field trips and get rides to the schools they regularly attend. Residence manager Mariah Robinson said for some children, learning to help make meals or to eat together around a dining room table is an unfamiliar experience.

Two full-sized passenger vans sit in Northington’s driveway, a testament to the many children and foster children she’s nurtured and transported everywhere. Many wished they never left her care.

Northington and her husband started down the foster care road when they agreed to take in Northington’s 9-year-old nephew in 1985. After their nephew grew up, they decided they had room in their hearts and home to bring in other foster kids, whom they raised alongside their three biological children.

“Believe it or not, when we started fostering, we said we would never adopt,” Northington said.

The county provides financial incentives and support for foster parents, $550 or more per child depending on the child’s needs. But the process for becoming a foster parent is rigorous. It typically extends six months, includes a detailed vetting process, quarterly training sessions, home visits and approval from a board of Social Services caseworkers and supervisors, Przybyl said.

Of 15 to 20 adults who may enter the foster parent process, he said, only two or three typically complete it.

Being a foster parent is ultimately a personal calling, Northington said.

“You can’t just put these kids on the street,” she said. “They’re never going to heal. They’re just going to take their baggage to another place.”

Seeing her foster children thrive is a gift, she said. Not long ago, a woman who looked vaguely familiar approached her at a public event. The woman reminded Northington that the foster mother had once cared for an infant boy who had come to her with all his arms and legs broken.

Then the woman pulled out a picture of her 18-year-old son, now headed for college.