Indigenous children in foster care: ‘These kids can’t see their families if I don’t help them’ | Australia news | The Guardian 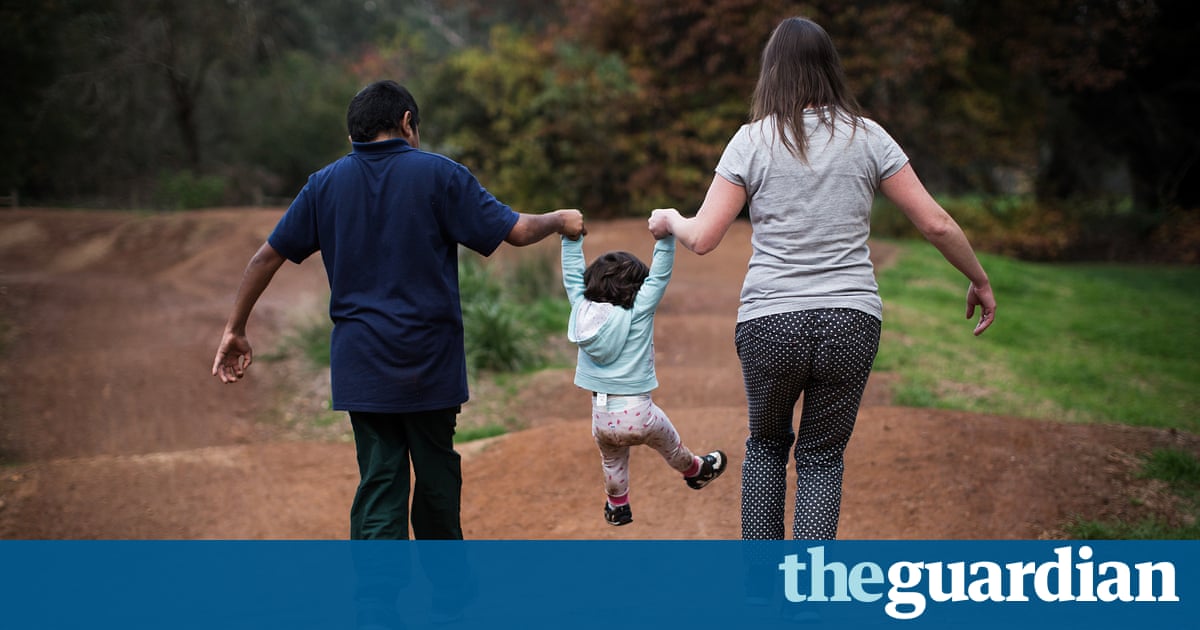 Michael arrived at Lisa Baker’s house in December 2014. He was skinny, long thin arms sticking out from a too big T-shirt and wary from six weeks spent in a group home.

At nine he was young to be in residential care but Michael had been hard to place. In the system since before his third birthday, he had become violent and destructive, smashing windows and setting fires.

He was hurt after being separated from his younger sister, Lucy, who had been with him for five years until the foster care placement had broken down.

When Baker took him on, no one else had wanted him.

In accordance with the Indigenous child placement principle, a recommendation of the Bringing Them Home report published 20 years ago this Friday, children should be placed with their extended family first, a member of their community second, another Aboriginal and Torres Strait Islander person third and with a non-Indigenous carer as a last resort.

There’s a shortage of Aboriginal and Torres Strait Islander foster carers so children are placed in white homes, cut off from their family and culture save for scheduled reunion visits. Their ability to connect with their culture and identity is dependent on the will of their foster carer to follow their training and make it happen.

Some, like Baker, take it a step further. Michael’s aunties and cousins are on speed dial, the walls of her house lined with photos of his siblings and artworks by both his parents, the fridge papered with flyers from Koori events.

In March she also took on Ella, Michael’s 20-month-old cousin, at the request of one of his aunts, a respected elder in his community.

“She said, ‘Lisa, you’re part of the family. I’m going to be ringing DHS to make it happen.’”

They became fast friends. Ben was a trainee chef and Michael a ravenous eater, obsessed with the kitchen and the timing of his next meal. It was the kind of obsession that only came from starvation, Baker said.

“I feel like he was underfed for so long that he got so obsessed with food,” she said. “He just gorged … You would probably not be able to understand it unless you had experienced real hunger for such a long period of time.

“He’ll struggle with it for the rest of his life, really, the eating, and I feel that came from not being fed enough for a long time.”

For months, Michael screamed at Baker every night.

“He was just in a panic of stress that he was going to get fed,” she said. “And I just said to him, ‘It doesn’t matter how naughty you are, you still get food.’ It took him months to be OK where he doesn’t have to ask me until he gets home, ‘What’s for dinner?’

Baker is careful not to get upset around Michael but, with him at school, the tears flow freely.

There was one moment, a few weeks ago, when Ella found a dog biscuit in the pantry and put it in her mouth before spitting it out.

“He turned around and said, ‘Oh, I’ve tried dog biscuits’,” Baker said. “He said he ate dog biscuits regularly at the other carers’ houses. I said, ‘Michael, you haven’t had to do that here … You should never have to resort to that.’

In the first year he slammed doors, broke door handles, lit fires. He swore with a vicious inventiveness. He didn’t know how to wash himself properly and was getting sores.

He didn’t know the names of all 10 of his siblings, the name of his people, or where their traditional country was. It took months for him to trust that he would not be moved on again. His sister Lucy had received regular counselling but Michael had not, and he blamed himself for their separation.

“When he first came here I was hearing suicidal things, he just wanted to die, he hated himself … horrible, horrible stuff,” Baker said. “It was so frightening for me. But I thought that he didn’t like himself and I just had to teach him to be proud of things he did, and that he was smart and he was clever and he was good and always remind him that I love him. I don’t like some of his behaviour sometimes but I love him unconditionally, and there’s nothing he can do about it. He will always be loved and looked after here. He can’t stop me loving him.”

Now when Michael is asked who his people are he knows the answer without Baker spelling out the first letter with her fingers.

“He didn’t even consider himself Indigenous,” Baker said. “I remember one day in the first year we were driving home and he goes, ‘I’m not a real Aboriginal’ … he thought about them like they still lived in the bush in the old hunting and gathering days.

“I said, ‘Oh no, times have changed in the last hundred or so years, you’re just a modern Aboriginal who lives in the city. But you can go back to the bush all you like.’ I just made it clear to him that he’s got more right to be here than anyone else, unless it’s another Indigenous person. This is his country and this is his land.”

Baker instituted a policy of quiet time for when he became angry and aggressive. It could last for a minute or an hour, it was up to Michael to decide when he felt ready to interact again. The bad behaviour returns in times of stress but his temper is less heated and quicker to snuff out.

They developed a consistent routine, Baker rising and turning on his light at the same time every day to indicate it was time to get up.

She supplied him with books and he went from a student who never sat still in silent reading to one where “they’re having to take books off him … That’s a good problem to have,” she said.

Baker is determined to treat Michael just as she treated Ben. On the day he arrived she opened a bank account and makes regular deposits, doubling the amount she deposited in a similar nest egg for Ben so they will be on par by the time Michael is 18. Ella has a similar account.

“I could not treat them different to my own son,” she said.

Once a week Michael is picked up from school by a mentor in a program that provides cultural connection and trauma support. It makes Michael proud to be seen with a large Aboriginal man, Baker said, a man that looks like him.

Michael’s father died in 2010. His mother is alive but has been in and out of jail, struggling with drug addiction. He sends her drawings and sometimes receives letters back.

It was when he was standing solemnly in his father’s hospital room that Michael met Rachel Morgan, a cousin on his father’s side. She gathered the younger cousins together and started a program of trips home to their country so the children could get to know each other and their siblings. She takes them on school holidays and they have begun a round-robin of respite visits so Michael, Lucy and their other siblings can catch up regularly.

“Most of the carers that we work with are fantastic,” Morgan said. “The majority are non-Aboriginal.”

The return-to-country trips Morgan organises are supported by the Andrews government, which recently launched a pilot program to support similar meet-ups for other Koori families.

Following the Aboriginal child placement principle, non-Indigenous carers, like Baker, are the option of last resort and considered the least able to help children maintain connections to their country, their family, and the broader Aboriginal community. Baker tackles that problem by sustaining regular contact between Michael and his extended family, but she says it’s not ideal.

“I know these kids can’t see their family if I don’t help them,” she said. “And I need to do that, as much as I see my own family I need to make sure that they see theirs.”

Jenny Mikakos, the minister for families and children in Victoria, said connection to culture was “absolutely essential” for Aboriginal children and young people and that the government was working with the community to advance “Aboriginal self-management and self-determination for Aboriginal people in Victoria”.

Morgan’s younger cousins are split among different placement types. Thirteen are in kinship care, meaning they are cared for by a member of their extended family. Thirteen more are in permanent foster homes and 13 are in temporary placements. Another three are in residential care.

She is heavily involved in their lives and has recently lobbied for Michael to get much-needed trauma counselling, with Lisa’s support.

“Michael was an angry little boy because he was his sister’s protector and [the placement he shared with Lucy for five years] was a bad placement,” she said. “One time they were sitting at the breakfast table and they were laughing and I could hear Lucy saying, ‘Remember when she used to lock us outside and it was really dark?’ But Michael has not had any counselling whatsoever for the last two years.”

Morgan said Michael had calmed down significantly from the “really angry little boy” she first met at his father’s bedside.

“He’s still got issues, don’t get me wrong, but there has been that change in Michael and I reckon that’s because he has Lisa as a carer,” she said. “He has probably tested her to the max as well but he actually feels safe and stable with Lisa. And then that connection to his family as well, that has made him feel even more secure.”

She said she knew Michael was in a good placement when she watched him play in his first football match standing alongside a white-knuckled Baker, who was frantically shouting advice and support from the sidelines.

“It was total white line fever,” she said. “That’s the stuff you do want to see and that’s when you know they’re in great placements, they really are, they’re in the best place that they can be.”

Names have been changed for legal reasons.