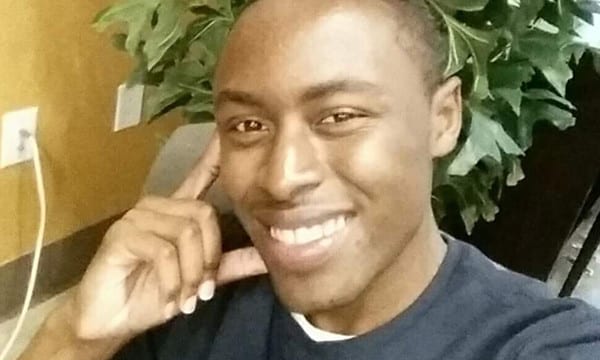 Hello, my name is Christian Sweet Crawford. I am 22 years old and I was placed in the Foster Care System the day I entered this world. I was born on July 30, 1993 at Martin Luther King Hospital. My parents both struggled with drug addiction and substance abuse, which caused my mother to have complications during her pregnancy. I was premature, born nearly three months early. I was extremely small, I could not breathe on my own, and I had drugs in my system. The doctors had informed my family because of this, there was a high chance that I would not survive. DCFS later became involved and both my older sister and I were taken away from our parents because they were unfit to raise us. My grandmother did not want to watch her grandchildren be raised by strangers, so she stepped up and became our legal guardian.

I stayed in the hospital for an additional amount of time after my birth before I was released to my family. My grandmother came to visit me everyday and helped change my diapers, feed me, clothe me and held me till I fell asleep in her arms. She loved my sister and I more than life, and we loved her. And although on paper she was my grandmother, I saw her as my mother. Our time together was short, she passed in 1998 just a few months after I started first grade. I was angry at the world. My parents had just moved to Las Vegas and I had lost my grandmother, the only parent I had really ever known.

From there my sister and I moved in with our new guardian, my uncle. I stayed with him all the way until my senior year of high school, however living with him was not at all easy. My uncle pushed me emotionally, nothing I did was ever good enough. I cried myself to sleep every night, thinking about my grandmother and wishing that my mother would finally take us with her after all these years. Sadly that never happened. I had reached my breaking point and finally got the chance to leave my uncle’s house. In August 2011, two months after my high school graduation, I moved to Las Vegas to finally be with my parents.

While in Vegas, I enrolled at a junior college, College of Southern Nevada. I was a part time student and I even managed to obtain a part time job as well. Things were looking promising, until reality hit. My parents were not working at the time so they depended on me a lot. My paychecks went to them, and put food in the refrigerator, helped pay a few bills and even supported their addictions. After one semester of college I dropped out. I was overwhelmed with everything and tried to pick up more hours at work, just to help out more around the house. I began to lose myself out there, I was so depressed I even consider suicide. I knew I had to change something or the outcome would not have been good.

I went to a park nearby and just sat there for hours considering all of my options. Staying in Vegas, joining the military or moving back to California. I chose California. I moved back in with my uncle with hopes that our relationship had improved. Sadly it had not. We fought and argued about everything, and eventually he put me out. At the age of 19 I had become homeless. A friend of mine talked to her mother and they let me stay with them for a few months until I got back on my feet. I eventually found a job and joined a transitional living program for former foster youth, United Friends of the Children.

While in the United Friends of the Children’s program, they taught me things that young adults need to know in order to be more successful and better prepared in life. I later joined the NFYI team, and met Donna Brown Guillaume who has been a fairy godmother to me ever since. NFYI has helped me in more ways than just giving me internships. They have helped me realize my passion for writing, helped me find myself again and inspired me to get back into school. I am forever grateful. Being in the foster care system was a blessing in disguise. If I had grown up with my parents, I would not be the same individual today.

Today, I am proud to say that I am currently still employed part time. I am a film major at Long Beach City College, and have successfully completed my first year. I am no longer homeless. I am currently living in my very own apartment. I want other foster youth, current and former, to remember, “You are not alone in your journey. Do not give up. Find what makes you happy and pursue that dream, it can be done.”

“The minute you choose to do what you really want to do, it’s a different kind of life.”