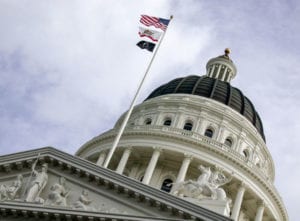 A new California law signed Friday by Gov. Jerry Brown ensures access to counseling, hormone treatment and surgery for transgender foster youth. The bill “will empower transgender foster youth to live authentically and simply be themselves,” said Democratic Assemblyman Todd Gloria of San Diego, the law’s sponsor. Such treatment would be covered by Medi-Cal, the state’s health insurance program for low-income Californians and those in foster care.

All Medi-Cal recipients already have access to hormone and surgical treatments if they are deemed medically necessary. But the law more clearly states “gender affirming” health and mental health care as a right for foster youth and allows them involvement in developing their case plans.

The socially conservative California Family Foundation said such treatment is dangerous. Michael Laidlaw, an endocrinologist for Sutter Health, testified against the bill earlier this year.

“Doctors and psychologists have absolutely no way of diagnosing with certainty who is a true trans child and who has gender dysphoria confusion,” he said.

The American Psychological Association says many children who experience gender dysphoria do not continue it into adulthood.

Foster youth older than 12 may consent to mental health counseling and treatment under California law, while medical and surgical care requires consent from a foster youth’s parent, social worker, licensed caregiver, a judge or, in some cases, the youth, according to the law.

California is the first state to explicitly affirm the right to such treatment for foster youth, said Gloria’s spokesman, Nick Serrano.

“No young Californian should be denied gender-affirming healthcare simply because of who they are,” Rick Zbur, executive director for Equality California, said in a statement. “Our transgender and gender non-conforming youth in foster care will now have life-saving — and historic — protections.”

The state Department of Health Care Services must develop guidelines and best practices by Jan. 1, 2020.