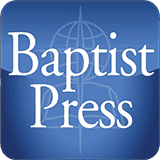 CHICAGO (BP) — Foster care workers and families in Illinois must allow gay and transgender youth to express and explore their chosen gender identity and sexual orientation, according to a new state governmental directive.

Termination is among the penalties workers with the Illinois Department of Children and Family Services (DCFS) would face for violating the policy, the DCFS said in its new rules added May 11 as Appendix K to the state foster care policy manual.

“Staff may not impose personal, organizational or religious beliefs on [lesbian, gay, bisexual and transgender] children, youth and families, and in no way should personal beliefs impact the way individual needs of children/youth or families are met,” the 17-page policy states in part. “DCFS staff can be disciplined for violating this policy up to and including discharge, per the Employee Handbook and CMS (Illinois Department of Central Management Services) Personnel Rules.”

Foster care caseworkers and caregivers must use “an affirming approach” in facilitating a child’s “exploration of any [LGBT] matters” and must be “open, non-judgmental, and empathic,” the new rule stipulates.

R. Albert Mohler, president of Southern Baptist Theological Seminary, is among Christian leaders decrying the policy. In The Briefing, his daily news and opinion podcast, Mohler said the policy effectively eliminates the participation of “all believing, convictional Christians” in Illinois’ foster care system.

“Now keep in mind also that state-by-state there are recurring patterns in which it is Christian churches and Christian parents who are particularly given to offering these kinds of services to children,” Mohler said.

Although DCFS qualifies the policy as promoting the “well-being” of children and youth, Mohler said the directive is misguided in its concept of “well-being.” The state is pandering to “moral revolutionaries” who promote LGBT lifestyles while totally disregarding the biblical worldview, Mohler said.

“This development in Illinois also serves as a very brutal reminder of the fact that there is no way to escape the impact of this tremendous moral divide in the United States,” Mohler said. “We’re looking at a divide over the very definition of what it means to be human, what it means to be male and female, and what it means to care for rather than to harm children.”

DCFS Director George Sheldon announced the new policies at EqualityCon 2017, an advocacy and education event hosted May 6 in Springfield, Ill., by the pro-LGBT Equality Illinois Institute.

“LGBTQ youth have the right to be treated equally, to express their gender identity and to have the choice to be open or private about their sexual orientation, gender expression and gender identity,” Sheldon said at the event. “They need to feel free to be who they are.”

Ethicist Mary Rice Hasson, an attorney and fellow at the ecumenical Ethics and Public Policy Center in Washington, said the new policies encourage youth to identify as LGBT, and could violate the religious freedom of foster care workers and foster parents.

The policies “exert a chilling effect on DCFS staff, volunteers, foster parents, and others whose ‘speech and behavior’ will be monitored and evaluated according to ideological criteria by the state of Illinois,” Hasson wrote in a May 30 opinion article in The Federalist. “Forget the democratic process. Forget free speech, freedom of religion, and the conscience rights of American citizens. Forget the welfare of vulnerable children.”

Illinois foster care workers are required to inform LGBT youth of legal rights of “self-determination” regarding gender identity and sexuality, the policy states, opening the door to legal recourse.

“The state of Illinois heels to the commands of [LGBT] activists; it has embraced a new creed based on the [LGBT] vision of the human person,” Hasson said. “The only winners are progressive activists and lawyers eager to fill their litigation dockets. The losers? Illinois’ most vulnerable children.”

DCFS arranged foster care to 39,595 children in fiscal year 2016, according to its Executive Statistical Summary released in April, 2017.

Get Baptist Press headlines and breaking news on Twitter (@BaptistPress), Facebook (Facebook.com/BaptistPress) and in your email (baptistpress.com/SubscribeBP).

WHAT THE END OF ROE V. WADE WOULD MEAN FOR FOSTER YOUTH