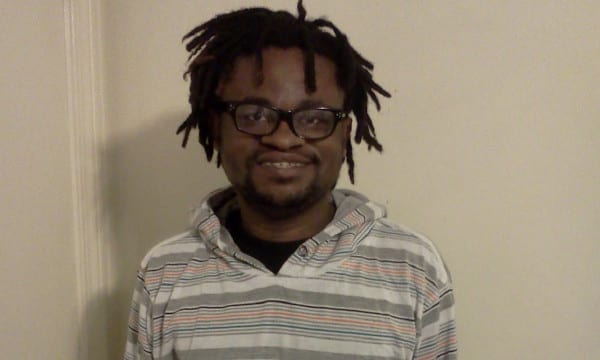 I’m 23 years old from Greenville, South Carolina. I was in foster care for eight or nine years, and before that I lived with select family members. I have experience in group homes and in foster homes. I’ve lived back and forth in foster homes and group homes since I was 13. It was a difficult experience for me because you have some foster parents who expect you to be independent when you need their help with things, and the system is just so difficult and confusing. That’s how I would describe it. The whole conversation about it is confusing, it’s difficult as a foster youth, trying to fit in, especially because you have to change schools and placements so much. The difficult thing is getting adjusted and having to adapt to your situation. More support and knowing the support I had access to would have been helpful to me.

Since I’ve gotten older, I’ve worked with the State Youth Advisory board in South Carolina where I’ve served as a member and a mentor. I was the first person to actually stay on as a mentor after I aged out. I’ve worked with NFYI, and attended Shadow Day. I’ve also helped out the Foster Club’s All Stars. I’ve worked with so many organizations. I feel like we’ve helped by making foster youth more aware of resources and support available to them. Our work is making more youth aware and inspiring them to speak up and be advocates for themselves.

Shadow Day was my first time visiting Washington, DC, and I was nervous, especially about meeting people from all over. I felt like they had been already doing so much advocacy on their own. It was kind of overwhelming at the same time, because I was by myself, and was the only person from South Carolina. I was anxious and nervous. I was overwhelmed by the fact that there were youth who are already stepping outside and speaking to larger audiences by themselves, and I hadn’t really had the chance to do that. I like public speaking, but I also like talking to people one on one. I enjoy advocacy as a whole, and talking to people from different walks of life, government officials and state representatives about things in the foster care system and how it can help.

When I was in DC for Shadow Day, I didn’t talk about my situation as much as I should have, or the way I talk to other people about it. Since it was my first time there, I really didn’t talk about my story. If I had another chance though, I would ask elected officials how they would feel and what they would want if their kids were in the foster care system. I would ask them what they would want for their own child. I would ask if they would want their child to be possibly kicked out in a home for a small disagreement, or having the foster parents control when their kids can see their family and siblings. I wish it would be better, and I feel like people are arguing about inconsequential things instead of kids who are in this system.

To kids who are in the system, there are a lot of foster youth who think they are going to be labeled a foster kid forever, I would want to tell them something that someone told me. “Foster care is the situation, foster care is not you”. You will not be labeled a foster kid forever, so you shouldn’t let what people say or when they talk down to you, hurt you. You are someone who is special and important, and you have something to say. I’d also want to tell them that they are being a voice for youth in foster care, no matter how big or small, their story doesn’t going unnoticed. So they shouldn’t feel like they have to force or prove themselves. There are people who are hearing them, advocating for them and who are noticing their efforts.