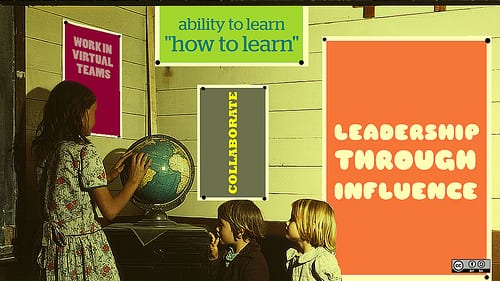 When Finding Educational Stability for Foster Youth, Maybe It Does Take a Village • SJS

In reading Daniel Heimpel’s article “Responding to foster kids like Alex, L.A. County acts to protect educational stability,” it occurred to me that Los Angeles County is focused on a poorer solution than the one that ultimately worked for Alex.

Alex was moved from his uncle’s home in Santa Clarita to a group home in Long Beach. The school shift was devastating for him.  Ultimately, an attorney he knew, who is involved in foster care issues, got him placed in a home back in his home school district in Santa Clarita, with the family of a friend.

Note: It was not the Department of Children and Family Services (DCFS) or an attorney for DCFS or any other county agency who made this happen. Why?

We hear that DCFS has exhausted all means of recruiting foster parents. There just are not enough caregivers and therefore children must be placed in far away locations where foster parents can be found.

However, Alex’s ultimate placement demonstrated that all resources had not been exhausted to find foster parents. As part of a coordinated effort to deal with the need for foster or resource families in a pro-active way, families of children in schools with high rates of children removed from their homes should be recruited, trained and approved as resource families for a child from their children’s school, in advance of the need.

In the abstract most people are not interested in being foster parents, particularly if they hear that DCFS has a reputation of treating foster parents poorly, and they know nothing about what kind of child might be placed with them. On the other hand, many people are willing to take in children who are friends of their children, or even little more than acquaintances, who go to the same school.

Sometimes children find other families to live with before or after DCFS involvement. Judges and attorneys in the dependency system know this. We see children listed as “AWOL.” There are other reasons for it but often it is because the children have found “foster” placements where the system did not.

We see many youth in the 18 and up court (the court that handles almost all of the cases involving youth in extended foster care, or under AB 12) who were ordered suitably placed but went AWOL, and remained so, until their 18th birthday. They petition to re-enter the system at or shortly after turning 18 because they know they can choose where to live. Many were living with friends and their families in their own school district but did not dare say so because they thought DCFS would not approve and would move them.

Who are these families who are taking in their children’s friends and acquaintances?

I have known some. Sometimes DCFS never gets involved.

A teenager is invited over for dinner by a classmate. The teenager keeps inviting himself or herself over for dinner, then asks to spend the night.  The teen says it is fine with his or her parent[s] if the teen stays. The family of the friend feels sorry for the teen and wants to help so allows the teen to stay one night, then two, then weeks and months.

Why can’t DCFS find these good people who are willing to help a child from the school of their own children stay in the school, and pre-approve them? There was talk of a pilot program being started in one area, but if there have been results published they have not been widely disseminated.

What if DCFS had representation at every parent/family meeting at certain schools where there is a high rate of children being detained by DCFS, including at pre-schools and for extra-curricular activities, like band parents’ nights? The representative should suggest getting pre-approval as a resource family. The representative needs to bring home to these families that there may be a child detained from someone’s family in that school, or in that extra-curricular activity, in the future. Maybe this family would like to help that child and that family. The best way to do that is to be pre-approved and ready to help.

If people understand they may have the opportunity to help a child and their community, they may step up. Would the family Alex is now staying with have stepped up to be pre-approved?

And even if there is no pre-approval, what is being done to find a family from the child’s home school district to care for a child? Why did someone outside of DCFS have to push to have Alex placed with his friend’s family?

It seems very rare in reports that we hear in court that a child is placed with one of their school friend’s families. Sometimes they are placed with their parents’ friends, but why not with their own?

While DCFS does a better than average job for a county agency in placing with relatives, and with upfront family finding (a pilot which is now in place and is yielding great results) this does not mean that resource families in the home school district are not necessary.

Maybe it takes a village. If a child is placed with a relative or a non-related extended family member far away from the home school, it would be a wonderful thing for a resource family within the home school district to care for the child during the week.

This happens with children of divorced parents all the time. It may not be ideal but it is better than a child sitting in a car or bus for hours a day to get to their home school.

Margaret Henry serves as a Los Angeles Superior Court Judge assigned to Juvenile Dependency  where she oversees the 18 & Up Court for foster youth. Judge Henry is also a member of The Chronicle of Social Change’s Advisory Council.

When Finding Educational Stability for Foster Youth, Maybe It Does Take a Village was originally published @ The Chronicle of Social Change and has been syndicated with permission.