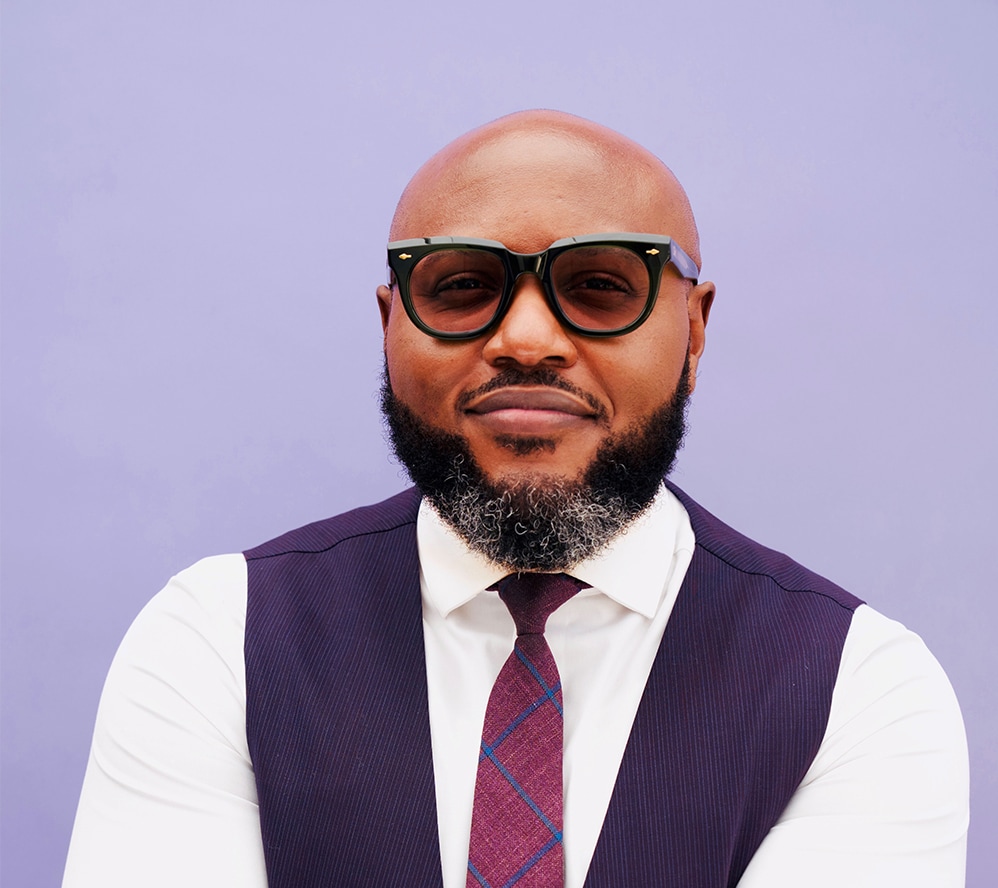 Social impact advocacy has been central to the life’s work of Dr. Nii-Quartelai Quartey. He started creating change as a 13-year-old student organizer for Oprah’s Angel Network and began his career in politics as deputy to a fiercely progressive Los Angeles School Board Member. Over the years, Dr. Quartey has become highly sought out for his skills in policy advocacy, community affairs, and stakeholder engagement on a range of social and economic justice issues with a focus on racial equity and LGBTQ inclusion.

While on special assignment as the Multicultural Engagement Lead for the AARP COVID-19 Vaccine Education Campaign, he was charged with developing and implementing strategic community specific campaign plans, in an attempt to blunt the widening racial disparities exacerbated by the national vaccine rollout. As AARP Senior Advisor and National LGBTQ Liaison, he serves as a trusted strategic advisor to the recently elevated Executive Vice President & Chief Diversity Officer. In addition, he serves in a consultative enterprise-wide role charged with growing impact, relevance, and community engagement powered by multicultural research insights. These pioneering efforts included but were not limited to the landmark “Maintaining Dignity Study” on multicultural LGBTQ older adults, he co-authored along with AARP Research Center. Collecting data, developing strategies, building a longer table of partners, and pursuing solutions that consider longevity as a justice issue, has been a constant during his tenure.

Prior to joining AARP, he transitioned from running a boutique Los Angeles based social impact firm to stand-up the “Voices for Healthy Kids” Initiative, now a more than $60 million collaboration between the American Heart Association and Robert Wood Johnson Foundation. Dr. Quartey facilitated collaborations among national coalitions, movement leaders, and nationally recognized subject matter experts addressing a range of root cause issues driving the U.S. childhood obesity epidemic. These efforts resulted in dozens of state and local public policy wins across the country, and the development of a growing health equity community of practice.

Also as an organizational leadership scholar with expertise in corporate social responsibility and LGBTQ issues, Dr. Quartey enjoys facilitating learning in the public square as much as the classroom in an effort to build a more fair and just society for all. That said, as a professor in the MBA program at the University of Maryland Robert H. Smith School of Business, he was intent on challenging his students to better understand themselves as agents of change as a critical step in reexamining opportunities for organizational change. His consciousness around racial and LGBTQ justice issues is evident in his body of work, including but not limited to his academic research on how executive champions influence corporate activism on LGBTQ rights. His Harvard University LGBTQ Policy Journal article entitled, “Building Bridges, Not Walls: Intersectional Analysis and the Next Frontier of the Corporate Equality Movement,” is considered a powerful demonstration of thought leadership among scholars and practitioners.

During the 2020 election cycle, Dr. Quartey served as Senior Policy Advisor for the “Out for Biden” Initiative of the Biden-Harris Presidential Campaign. He currently serves as Board Secretary of the National Foster Youth Institute, Chairman of Mayor Bowser’s LGBTQ Advisory Commission, Chair of the AARP African-American Strategic Employee Engagement Resource Group, and participates in the Google Next Gen Community of Practice examining issues at the intersection of racial justice and tech policy. These examples of his activism underscore why he deservingly received the 2018 D.C. Black Pride Welmore Cook Award for Outstanding Leadership Service.

His commitment to creating social change, led him to complete his doctorate in organizational leadership and master’s degree in social entrepreneurship at the Pepperdine University Graduate School of Education and Psychology. He obtained his undergraduate degree in political science and critical approaches to leadership from the University of Southern California.