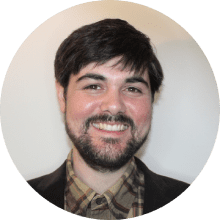 Scout Hartley (he/him/his) has been part of the NFYI team as a volunteer for the last five years, starting when he participated in the Congressional Shadow Day Program in 2015. He says that moment changed his life and made him realize the power of #FosterYouthVoices. Since then, he created and still leads a New Jersey Chapter and helped manage the Congressional Shadow Day Programs in 2018 and 2019. In addition to his work with NFYI, he works as a Young Adult Consultant and a NYTD Reviewer with the Children’s Bureau, and also as a Community Response Team Member with Think of Us. He previously served on the National Foster Youth and Alumni Policy Council and served as the Secretary of the Ocean County Youth Advisory Board for four years.

In New Jersey, Scout leads the state Chapter for NFYI and serves on the New Jersey Task Force on Abuse and Neglect Protection Committee. In September, he will begin working as an Adjunct Professor of Political Science at Ocean County College, which is a dream he has had for years.

Scout is incredibly passionate about sharing ideas and empowering others to advocate and make change. He earned his master’s degree in Public Administration with a concentration in Nonprofit Management from Kean University.